About Us > Story So Far

CMEPEDIA’s story began in 2014. Initially, Emma Van Hoecke, the founder of CMEPEDIA aimed to compile a register of Indian medical professionals who had professional credentials similar to their counterparts in Europe. It was not difficult to find super-specialists in India with impressive clinical knowledge and skills. However, it was difficult to find medical professionals who had a ready-made portfolio of their continuing medical education (CME). Perhaps this was because there is a shortage of quality-controlled independent educational modules in India. In addition, there is no tax or employment benefit to partially recover the professional expenses incurred on CME.

This prompted Emma to start CMEPEDIA to allow her colleagues in the developing world to have similar access to medical knowledge as their counterparts in the developed world and to reduce their out-of-pocket expenses as well as their administrative burden.

CMEPEDIA launched a static Internet site to announce this concept in November 2014.

From October 2015 onwards, Emma started to collaborate with Briskon Technologies to design this project.

In February 2018, CC Avenue agreed to become CMEPEDIA's payment gateway. In March 2018, Digilocker, a secure cloud based platform for storage, sharing, verification of documents and certificates accepted CMEPEDIA as a partner. Digilocker is a Government of India Undertaking as part of their Digital India undertaking. This implies that all the certificates and endorsement statements which will be issued by CMEPEDIA will have a secure back up storage in Digilocker for all their Indian users.

Presently, CMEPEDIA is inviting international CME providers to distribute content through its database. CMEPEDIA is reaching out to the Ministry of Health, the National Academy of Medical Sciences and the National Knowledge Network to seek support for its initiative. Professional bodies of all types of health-care professionals are also being approached. Social media is being used to increase awareness. 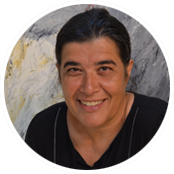 Emma Van Hoecke is the founder of CMEPEDIA.

"Doing good is just not good enough. It needs to be done better"

Emma is a consultant psychiatrist with over 20 years of clinical experience in five different countries, across continents.

CMEPEDIA is a host tree for all health-care professionals to nurture their knowledge for free or at affordable rates, so that they can branch out in any direction. Just as a fig tree starts its life as an epiphyte, growing in the cracks and crevices of the mighty banyan tree to draw sustenance, so does CMEPEDIA draw from the vast body of knowledge already available with developed countries to support health-care professionals by providing them with information complementary to their body of knowledge.

Briskon is a highly process driven organization with extensive experience of working with great companies. The young and vibrant team of Briskon consists of highly skilled managers, analysts, designers, developers and QA personnel, working together we deliver world-class quality products and solutions. Our unerring commitment to quality and continuous learning to stay abreast of the latest technologies enables us to consistently deliver customer delight.

CMEPEDIA facilitates quick access of accredited medical educational modules to health professionals. CMEPEDIA ensures that medical professionals can continue to update their knowledge throughout their careers with minimal impact on their work schedule. They save on travel time to live events and reduce their administrative burden by the paperless re-registration process.

CMEPEDIA redistributes quality-controlled educational medical modules at low rates. Content providers can expand their area of distribution globally without the need to invest in local agencies. Health-care professionals can purchase these low-cost modules and avoid expensive subscriptions, enabling them to develop a portfolio similar to their colleagues in developed countries and assert that their skills are up-to-date. Professional bodies can rely on a standardized procedure of equivalency frameworks and do not need to invest in the development of software to verify the registration requirements of their members.

CMEPEDIA has been launched in India, but its methods can be extrapolated to any other country.

The terms for global business will determine whether users will be able to readily purchase modules via CMEPEDIA. CMEPEDIA aims for a global rollout after its incubation in India. However, as we maintain a variable pricing policy by country, the initial requirement is to be registered as a health-care professional in India before you can register as a premium user.

The Indian payment gateway selected has the broadest global outreach of all gateways. Do not hesitate to express your interest if you would like to avail of our services in your country. Our IT infrastructure is robust and we love to spread our wings.

A WHO estimate suggests that the world will be short of 12.9 million health-care workers by 2035. In 2013, that figure already stood at 7.2 million, which is almost double of what it was in 2007. More than 70% of the deficit is in resource-poor countries of South-East Asia and Africa. It is thus imperative that this workforce effectively manages its clinical time to deliver quality health care.

CMEPEDIA is an impact-driven social venture that strives to redistribute medical knowledge throughout the world. We are committed to our sustainable business model that makes the distribution of medical educational modules easy and cost-effective. In essence, we operate as any other business, but a part of the proceeds from the sale of educational modules at fair prices will be used to assist in the development of quality controlled CME content by professionals in developing countries.

CMEPEDIA can be described as a social venture, a sustainable enterprise or a fair trade corporation. We believe that the combination of business and fair trade is the best way to generate a positive impact. We are committed to harnessing the power of business for social good. We believe that our business model allows us to have the biggest impact as well as be a major player in the future of education in health care for developing countries.

COOKIE INFORMATION : CMEPEDIA uses cookies to enhance the user experience, keep statistics and to enable the sharing of pages on social media. By using this site, you agree to our use of cookies.